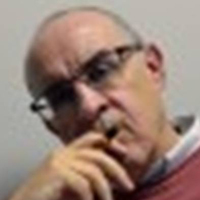 That was where they lived, and it was pretty much where they stayed. From years of hearing stories, I imagined streets where chaos ruled. Where knives flickered in every direction, and people lived in ramshackle huts. Where a white man would be dead in minutes if he dared stepped over the line. In my imagination, there was an eerie glow over the neighborhood. END_OF_DOCUMENT_TOKEN_TO_BE_REPLACED

Color guard was an important job, because colored folks trying to attend a white church were bound to create trouble. We had one try every now and then – not when I was out there, but I heard about it – and they were advised to go worship with their own kind. END_OF_DOCUMENT_TOKEN_TO_BE_REPLACED