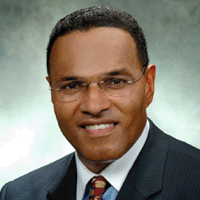 In the fall of 1963, we were shocked by the vicious and cowardly bombing of the Sixteenth Street Baptist Church, one of Birmingham’s most prominent African American churches. We soon learned that four innocent young African American girls had been killed; I was devastated to hear that one of them was a good friend and classmate, Cynthia. I’ll never forget that Sunday morning in church at Sixth Avenue Baptist, when our minister, Reverend Porter, announced that our sister church had been bombed. Congregation members immediately left their seats, in a state of shock, because our relatives and friends belonged to that church. END_OF_DOCUMENT_TOKEN_TO_BE_REPLACED

The Movement, its leaders, and our parents taught us a great deal about values—what’s right and wrong. We learned about the importance of teamwork from the many, many hours we spent in meetings with adults and other young people, talking about the challenges we faced and trying to understand the strategies and legal issues involved. I remember that my childhood friends and I talked with our parents about whether we would be allowed to participate in marches and the likely implications of doing so. I also recall hearing the rumors that teachers and other workers (like my mother and father) would lose their jobs if they marched. We witnessed the courage of fellow students and our families, and we took part in the Alabama Christian Movement’s evening meetings where we learned how spiritual music—from “I Ain’t Gonna Let Nobody Turn Me Around” to “Woke Up This Morning with My Mind Set on Freedom”—can fortify a people and give them a vehicle for expressing their aspirations and strong belief in lofty goals. END_OF_DOCUMENT_TOKEN_TO_BE_REPLACED