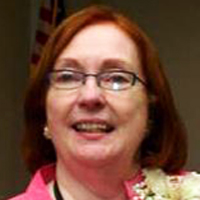 New to Birmingham, she felt it was a horrible place and a horrible year that just got worse.

In June of 1963, my parents moved our family to Birmingham. I thought this was horrible because I would not graduate with my friends in Huntsville.

In September, I started my senior year at Ramsay and we had a different student in our class. Richard Walker was the only black student at Ramsay.

The Sixteenth Street Baptist Church was bombed on Sunday, September 15 as we were driving to Sunday School. I knew this was horrific and an act that would affect Birmingham for years. Once again I thought Birmingham was horrible.

The school year went on, and on November 22, we heard over the school’s public address system that President Kennedy was shot in Dallas and had died from his wounds. I realized that Birmingham was not the most horrible place in our country. Horrible things happened all over our country that year – not just in Birmingham, Alabama, but definitely in 1963.

Annewhite Thomas Fuller wrote this story for Kids in Birmingham 1963, soon after the 50th anniversary of the church bombing.