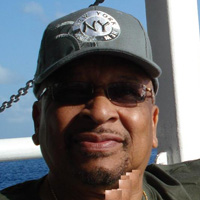 A first-year high school teacher recalls the student protests of spring 1963. That September, his student, Shirley Wesley, lost her sister in the church bombing.

The Birmingham schools were still segregated and our school was, of course, all African American. After the administration expelled most of the students, the next step was to lay off the teachers, as there were very few students left in the schools. Fortunately (for me and the students), a Federal court overturned the expulsions, and ordered the students back into the schools. However, the administration required us to “re-enter” the students, thereby leaving the expulsions on their permanent records. I know of two persons who were denied jobs in the school system YEARS LATER because the expulsions were on their records. Some were also denied jobs if they had been arrested for sit-ins in their college towns while attending college.

In the fall of 1963, the beginning of my second year, Shirley Wesley (the sister of Cynthia Wesley) was a student in my Chemistry class. My mother, a seamstress, was in the process of sewing dresses for Cynthia Wesley, as her parents were friends of my parents. She kept the unfinished dresses for years.

Many of my students, in addition to Shirley Wesley, lost personal friends in the tragedy at the Sixteenth Street Baptist Church. I had the PLEASURE of seeing them exhibit fortitude and perseverance as they moved on with their lives and studies following this awful event.

In September 2013, Herman Whitehead wrote his story for Kids in Birmingham 1963. It is shared here with his permission.