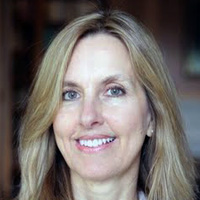 On attending the April 2, 1963 Birmingham sneak preview of the movie To Kill a Mockingbird, featuring her Brooke Hill classmate Mary Badham as Scout

Brooke Hill seniors, on whom we all had crushes, chauffeured us downtown to the Melba Theater for a sneak preview of the movie – the official premiere was taking place the following night. At the beginning of the show, we nodded appreciatively when Atticus Finch (Gregory Peck) told his daughter, “Don’t say nigger, Scout,” and we recognized Calpurnia, the family maid, as a dead ringer for the fussy black women of our own kitchens. But soon our minds balked at the racial world of Scout’s South Alabama. For the first time, we came face-to-face with the central racial preoccupation of the southern white psyche, the dynamics that justified and ennobled Our Way of Live: the rape of a white woman by a black man.

We had only a technical understanding of the crime, but neither did we know the meaning of southern justice, and so we did not see how the movie’s black martyr, wrongly accused of raping the pellagra-skinned Mayella Ewell, could fail to be acquitted, especially since his lawyer was Gregory Peck. When Tom Robinson was convicted of rape and then shot dead while “trying to escape,” I summoned all the toughness I had learned in ten years of being Martin McWhorter’s daughter but still could not contain my tears.

In the halls of Brooke Hill the next day, the talk of fifth grade was how cute Scout was and what a shame our Mary had suddenly gotten so gawky and stringy-haired. We went around saying such Scout-isms as “What in the Sam Hill are you doing” and “Cecil Jacobs is a big wet hen!” (as well as Mayella’s “chiffarobe”). But in acknowledgment of our secret bond – the racial guilt we shared in rooting for a Negro man – almost everybody in the class could recite the speech Scout delivered on the steps of the jailhouse to avert the lynch mob. “Hey, Mr. Cunningham. I said, hey, Mr. Cunningham…”

For the next few Saturdays we would go to matinees of To Kill a Mockingbird and weep clandestinely. But suddenly our mothers stopped us from going downtown. It was the Year of Birmingham. The past made it possible, but the worst was still ahead.

This story is excerpted from the Pulitzer Prize-winning Carry Me Home: Birmingham, Alabama–The Climactic Battle of the Civil Rights Revolution, by Diane McWhorter, page 322, Simon & Schuster, with the express permission of the author.