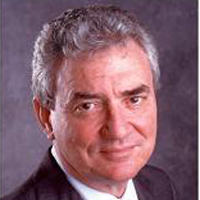 Only one student at Birmingham-Southern College, then all white, dared to walk to town to join the lunch counter sit-in at Woolworth’s store, protesting segregation. That was Marti Turnipseed (also featured on Kids in Birmingham 1963). Following her action, campus authorities quickly asked Marti to withdraw from the school. Marti’s fellow student, Howell Raines, reflects on the choices he made that year.

Why was I so fearful?  Why was my story of passivity in the face of an obviously evil polity repeated millions of times by millions of white citizens across the Deep South in those days? Principally, we were frozen by physical fear of being beaten or bombed by the white thugs who represented us in the eyes of America.  Sociologically, we feared ostracism, and not just by our college.  Whites who supported integration were expelled by their families, or in the case of ministers like Marti’s father, sent north.  Our fears were reality-based, particularly in light of the tumultuous events that played out after the demonstrations in May.  It took armed National Guards to frustrate [Governor George] Wallace’s “Stand in the Schoolhouse Door” on June 11, 1963.  Then came the unthinkable—the murder of four Sunday school students at 16th Street Baptist Church on September 15, 1963.

That was the turning point for educated white Southerners, of course.  Gradually, the “good South” began to find its voice.  But how very late we were and how easily we could have been a glorious part of history!  In preparing this reminiscence, I calculated the distance from our Hilltop to the site of the demonstrations—barely more than a mile.  We could have been eyewitnesses even if lacking the boldness of character to join the marchers.  We had been brushed at close quarters by history’s coat-tails and lacked even the intellectual curiosity to ride them toward the action.

In late May of 1963, I wrote the opening essay to the Southern Accent recording life on our campus in 1963-64.  The essay contains a few lines that show, I hope, a groping toward an honest recognition of the momentous nature of the crusade declined to join.  “Remember, long after you’ve forgotten your spring quarter grade point average or S.G.A. elections or who you dated that spring, that 10 blocks from you, America changed.”  All of us have benefited from that change, but few on the Hilltop, students or faculty, helped in its birth.

Howell Raines’ reminiscence is excerpted from the Winter 2013 edition of ‘Southern, the alumni magazine of the school he attended in 1963, Birmingham-Southern College, with permission from the college and the author. That edition of the magazine commemorates the 50th anniversary of 1963.