A City, a Mountain, and a Tiny Kingdom 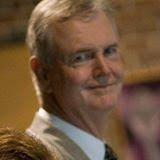 John Bagby grew up in a home where Margaret Brown cooked, cleaned, and did his family’s laundry. Fifty years later, he wonders what Margaret must have thought as she boarded the bus in downtown Birmingham and headed to Mountain Brook, the well-to-do, all-white suburb that John refers to as “The Tiny Kingdom.”

Margaret Brown lived in Titusville, a neighborhood in Birmingham. Two months before I was born in 1949, she was hired to come and live with my family, and work in our home six days a week as a maid, or “the help,” as folks in Mountain Brook would have said back then. I would imagine that Margaret had dreams like any other young woman: a husband, a family of her own, perhaps. She probably knew she was abandoning those dreams when she took the offer to come cook, clean, and do the laundry for my family. I can only imagine what Margaret was thinking when she boarded the #50 Crestline bus in downtown Birmingham, leaving her world and heading for “The Tiny Kingdom.” I would imagine she was asking God if she was making the right choice—Margaret prayed every chance she got. The silence and the groaning of the bus as it climbed Red Mountain on Pawnee Avenue, would be the only answer her prayer received.

When the bus stopped at the intersection of Beechwood Road and Woodhill Road (our street), across from the Mountain Brook Club, Margaret got off the bus. As she walked toward our home, she must have known she was in a different world—one far removed from the world she knew, and one sheltered from her world by more than just a mountain of iron. It was a world sheltered and preserved by iron wills, by defenders of the status quo.

I make no peace with a society that offered women like Margaret so few options in life. But truth be told, Margaret probably fared better than many of her peers. She adopted my family as her own, and I suspect she adopted me as the baby she would never have—she called me the “baby” long after I had sons of my own. Margaret was just as much a part of my family as my parents, my brothers, and my Aunt Gladys (who lived with us for a few years).

Storms of change were brewing outside The Tiny Kingdom in 1954. Brown vs. Board of Education passed on May 17th, striking down state laws that established separate schools for blacks and whites. It was at about that time that I saw the Ku Klux Klan with my own eyes for the first (and last) time. The memory is permanently etched into my brain. Riding in the back of my parents’ car I saw them as my dad drove down Mountain Brook Parkway, near the Old Mill. There must have been twenty or thirty of them dressed in their hooded robes, riding on horseback. We were headed toward Homewood. They were going toward the heart of The Tiny Kingdom, no doubt to send a message to a judge, or lawyer, at their private residence. It’s possible that four of the key figures in The Year of Birmingham (1963) were wearing those hoods: Robert Chambliss, Thomas Blanton, Bobby Cherry, and Herman Cash. I wouldn’t have known those men’s names then; all I could understand was that they were not paying a social visit to The T.K.

Almost every weekend in the ’50s, Margaret Brown walked down Woodhill Road to go catch the #50 Crestline bus on Saturday afternoon. She spent the night at Sister Louie’s house on Saturday and Sunday nights, and spent all day on Sunday in Sister Louie’s church. She couldn’t have possibly known that as she walked down Woodhill to catch the bus, she was walking past the home of Ollie McClung, a man who would be at the center of a landmark civil rights case brought before the Supreme Court in 1964. Ollie owned Ollie’s Bar-B-Q (Ollie’s World Famous Bar-B-Q) and he would challenge the 1964 Civil Rights Act that would force him to serve folks like Margaret Brown in his restaurant. His place of business was just a mile or so from Margaret’s neighborhood in Titusville. When he lost the case in 1964, 9-0, Governor George Wallace claimed it was a deathblow “to the free enterprise system.” Demagogues never seem to be short on hyperbole do they?

I turned fourteen on August 27th, 1963. My family, along with Margaret Brown, had moved from Woodhill Road a year earlier into a home my parents had built on East Briarcliff Road. I had watched on TV the nightmare unfolding in Birmingham that year—it all seemed horrible and “other worldly.” I would have never imagined that The Year of Birmingham would turn worse than the police dogs and fire hoses that were unleashed by Bull Connor that summer. But it did on Sunday, September 15th, when fifteen sticks of dynamite blew up next to a restroom at the Sixteenth Street Baptist Church. Four little girls, all approximately my age, were killed in the blast. The bomb, believed to have been planted by four Klansmen, sickened a nation that had wrung its hands far too long. That blast led quickly to the passage of the 1964 Civil Rights Act.

Margaret Brown and Ollie McClung lived in two different worlds that collided in that Year of Birmingham in 1963. My prayer is that they’re seated together at the Heavenly Feast. That just feels right somehow. Pass the biscuits and the ice tea, please.

In 2016, John Bagby wrote this original story for Kids in Birmingham 1963, where it is published with his permission.