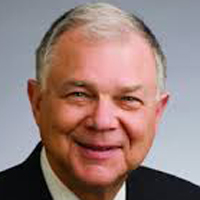 Upon graduation from Law School, he accepted an offer to practice law in the small firm of Berkowitz, Lefkovits, Vann, Patrick & Smith. Thirty-six years later, the firm of Berkowitz, Lefkovits, Isom & Kushner merged its practice with the multi-state law firm of Baker Donelson Bearman & Caldwell, adding the name “Berkowitz” to its name. He has retired from his law practice after fifty-four years with the same firm, and now devotes his time to family matters but still finds time to push words around on the page.

Author’s note: I’ve used the old-fashioned, at-the-time-polite terms “Negro” and “colored” to describe the African Americans who appear in these stories. I hope you will understand I have no intention to offend anyone by my choice of those terms. For integrity’s sake, I’m merely using the vernacular of the time. (From The Newspaper Boy by Chervis Isom, 2013, page xiii)

How do I begin? I wondered. Is there a place to sit? If I sit on the pipe, will it roll? There must be a trick to this somehow. Arizona watched quietly. After a few moments, I looked at him. “You done this before?” END_OF_DOCUMENT_TOKEN_TO_BE_REPLACED