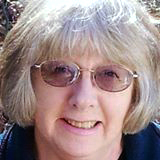 Kathy Stiles Freeland is a leading environmental voice in Alabama. She served as executive director of Ruffner Mountain Nature Center and the Alabama Chapter of The Nature Conservancy. She also has worked with Conservation Alabama and the Birmingham Audubon Society. She was born in 1948 in a house on Warrior Road in western Birmingham and now lives in the Birmingham neighborhood of South East Lake. She has lived in various areas of Birmingham all her life except from 1955-57 when her family lived in Japan on an Army base. She was graduated in the class of 1966 from John Herbert Phillips High School.