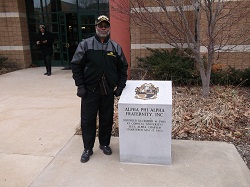 Mr. Simmons submitted this original story through KidsInBirmingham1963.org in April 2013.