I became a stereotype 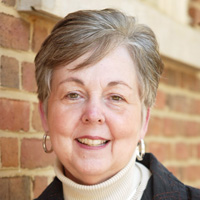 In 1963, I was a student and would-be journalist at Howard College (now Samford University), one of Birmingham’s whites-only institutions intent on ignoring and resisting the civil rights revolution outside their gates.  All that effort to shield us, and restrict us, and yet my memories of college years nonetheless are memories of Birmingham and civil rights.

I arrived at Howard with only a rudimentary sense of racial fairness.  It just seemed wrong to me that Baptist churches – where Sunday School children sang that Jesus loved the little children, all the children of the world – plotted to keep black people off their pews and out of their schools.  My questions grew because of quiet but intentional work of Howard teachers – the sociology professor who assigned The Nature of Prejudice and the English teacher who led us to discuss race, albeit in the far-away setting of Cry the Beloved Country.

My memory of Christmas back home is etched by a bitter argument with my father over my untested but increasingly rebellious views on civil rights.  It was an ugly exchange set against Christmas tree lights.

One small act of actual rebellion was a journalistic impulse more than a moral one.  The college barred students from going to downtown Birmingham where demonstrations took place.  A small group of us refused to miss seeing the site of history and rode through empty downtown streets with guards on corners, a scene I recall as reminiscent of a wartime occupation.

Perhaps my strongest lesson in what it meant to be white in Birmingham in 1963 came when my world expanded outside the city and state.  I was naively excited to be in New York City for the first time, for a meeting of college newspaper editors.  The trip came soon after the bombing and deaths of four young girls at Sixteenth Street Baptist Church.  Inside, I felt that I stood against the ideas that led to such terrible wrong.  Outside, when I introduced myself and said I was from Birmingham, I became a stereotype.  My fellow editors greeted me with suspicion at best, hostility at worst.

These stories remind me of how fragmentary my experience of 1963 was, certainly removed and timid compared to the heroes of that year.  Still, the power of the time and place served to break walls around my thinking and provide a new foundation for my life and work.

Only a few years after 1963, I joined the staff of The Birmingham News, my state’s largest newspaper but one whose reputation was sullied by its leaders’ failures in covering the civil rights movement.  I found myself in a newsroom with other children of 1963, including two of the paper’s first black reporters.   Front-line staffers worked and fought to tell the stories of Birmingham that should be told. My gratitude continues for the veteran editors in that newsroom who risked supporting young reporters and to the black Birminghamians who, despite every reason for suspicion, shared their knowledge and trusted us with their stories.