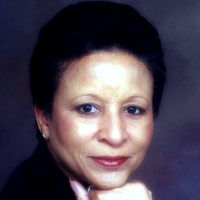 My recollection of 1963 centers around gaining a new friend at a swimming outing in August 1963, and losing her in the church bombing a month later. Sixteenth Street Baptist Church had an all-day youth pool outing at Memorial Recreation Center.  I was invited by my paternal aunts, one the long-time organist for the church (Mary Alice Stollenwerck) and the other a long-time member (Myrtle Lumpkin) and teacher. That day I met Addie Mae Collins and we “clicked,” spending all day chatting in the corner of the swimming pool while most of the other kids swam and ran about. I was excited about the closeness we rapidly formed during the day. A month later I was horrified to learn that she was one of the victims of the bombing that killed her and three other girls that I knew by name and family affiliation at church only. All of the relatives on my father’s side of the family were active members of the church. My mother took us to Catholic mass on Sundays so my immediate family’s involvement had been limited.

However, my grandmother and relatives lived only five minutes from the church and their home was a gathering spot for our family, twice a week to include piano lessons with my grandmother. We lived a few additional minutes away from the church. Imagine our shock that Sunday morning when we heard the loud bomb blast and immediately turned on the radio t o discover the location of the blast. We immediately drove over to my grandmother’s and met family members pulling their car into the driveway. A car full of them and they were covered from head to toe with black soot. We were horrified!

We drove in the direction of the church out of curiosity and concern. However, commotion and rock-throwing had begun so we hurriedly moved on. Later in the day I learned my new friend had been killed in the tragedy while attending Sunday school in the church basement – closest to the blast. It was an early disruption to my happy childhood of innocence, fun and protection growing up in a supportive Birmingham community.

In 1977 I was compelled as a 26-year-old to attend the trial of one of the Ku Klux Klan members (Robert “Dynamite Bob” Chambliss) accused in the bombing. I sat in the courtroom and remembered, hoping for justice. Justice prevailed with a conviction. This experience was an extremely impactful one that ignited my early awareness of racial tension marked by hatred.

In December 2013, Charlotte Clarke Houston wrote this story for Kids in Birmingham 1963.