’We must be kind” 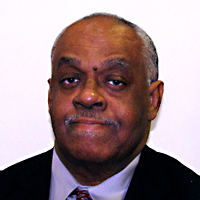 The son of school teachers, Nathan had a childhood that was largely protected from racism. Yet there was no escaping the apartheid of Birmingham, Alabama.

In 1963, black people’s hopes and aspirations collided with the heart and mindset of a segregated Birmingham. That confluence led to the civil rights demonstrations and strife that defined the city and Alabama for decades afterward.

I lived on Center Way in the (mostly) placid community of South Titusville, in southwest Birmingham. My father had served with the U.S. Army in Normandy, France and Belgium during World War II. After both graduated from Alabama A & M University in Huntsville, he and my mother married and became school teachers in the Birmingham and Jefferson County school systems.

This enabled our family to live in relative comfort, at least for blacks, in a neighborhood in the shadows of Red Mountain which was once farmland. Many of the other families in Titusville were headed by teachers, plumbers, plant workers and a few lawyers and doctors who kept their yards trimmed and clean. Condoleezza Rice and her parents, I learned later, had lived on another section of Center Way a couple of blocks from our house.

Most if not all of the families in the area entertained the same bourgeois ambitions and notions that were held as the ideal by the majority society.

As a child, since we were blessed to have a car, my family never rode the segregated buses. Although the humiliating apartheid system was pervasive, I have no stark memories of it. Only after a truck hit me as I walked from school in 1965 did I become more consciously aware of the American caste structure. My orthopedic surgeon’s office still contained two waiting rooms, one for blacks and one for whites.

The first inkling for me that African Americans faced a real menace from racial violence came during the civil rights demonstrations. My family did not participate. But, I remember coming home from Wednesday night prayer meeting at Friendship Baptist Church and seeing my father among a group of men standing guard on a corner of our street. At least one man, a Mr. Henderson, carried a pistol as they watched for night riders. It always made me proud to know that my dad and the others were potentially risking their lives to protect us from cowardly thugs. After all, the parsonage of Sixth Avenue Baptist Church was only a few yards away from their post. The church pastor, the Rev. John T. Porter, a good friend of the Rev. Dr. Martin Luther King Jr., had become involved in leading demonstrations near the historic Kelly Ingram Park.

Center Way intersected with Sixth Avenue South which dead-ended at Elmwood Cemetery a few blocks to the west. Whites lived on the other side of Elmwood. It was later revealed that former Ku Klux Klansman Tommy Blanton lived on one of these streets in West End. But for the cemetery, Blanton, one of the men who would be belatedly convicted in the September 15th, 1963 bombing of Sixteenth Street Baptist Church and I would have been considered neighbors. Another suspect in the bombing, who died without facing trial, lived exactly a mile and a half from our home.

I had seen Denise McNair, one of the four girls slain in the bombing, at school. We both attended Center Street Elementary and her mother, Maxine, taught there.

Years later after I married, I discovered that my wife’s family, the Cooks, knew the McNairs even better. Her parents had gone to Tuskegee Institute with them in the 1940s. Also, the McNairs lived on Center Street South for a while and were the Cooks’ neighbors. I saw a photo of Denise with the Cooks brothers in my wife’s family album. A childhood photo of my wife’s oldest brother, Marion, was even spotted in Spike Lee’s documentary “4 Little Girls” that was released in 1997.

After the church bombing the Cooks rushed to Sixteenth Street Baptist. There they encountered commercial photographer and father Chris McNair who told them: “They got Denise.” Mr. McNair and the Cooks wept at these words.

Less than two weeks after the church bombing, racists detonated a double-bomb on Center Street, a block from my home and down the street from the Cooks’ house. The first explosion, officials theorize, was to draw a crowd. A second blast, several minutes later, was a nail bomb designed to maim and kill bystanders drawn to the site. The incident also showed that the horrendous church blast, with its murder of innocents, had failed to shame the racists.

As an adult, after graduating from the University of Alabama, I became a copy editor and writer for The Birmingham News. One summer night in the late 1980s, I ended a shift and headed for my car that was parked across the street on the corner of 22nd Street North and 4th Avenue. About halfway across the street, I looked over my right shoulder at a lone car that had stopped at the light. Suddenly, the front seat passenger pulled a white Klan-type hood over his head. I hastened my pace since I anticipated a gunshot. As I reached my car, the passenger removed the hood as the light changed and the car drove off. The incident was another reminder that although the battles of 1963 were echoes, hatred and fear die hard and exist secretly in too many hearts.

As a copy editor, I often managed to write headlines for historic page one pieces that appeared in the paper. I would then get the press room to run off a plate or replica of the page as a personal memento. In 2002, I wrote this headline for a front page story in the May 23rd edition of The News. It said, Cherry convicted: Jury verdict in bombing hailed as ‘justice finally.’ Bobby Frank Cherry, a former Ku Klux Klansman, was the last person brought to justice for the church blast. Tommy Blanton was convicted in 2001. Robert (Dynamite Bob) Chambliss had been convicted in 1977.

In the 1980s, as a sideline, I edited and proofread Mr. McNair’s now defunct Down Home Magazine. In 1983, the magazine published an issue which commemorated the 20th anniversary of the church bombing.

Maxine McNair wrote an essay for the issue which I am not sure ever saw print. But her article contained a sentence which should reverberate within the human family:

“We must be kind to each other.”