What was going on? 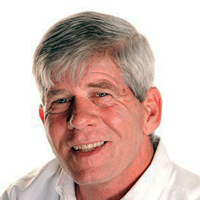 An outing with his mom held an unforgettable scene.

It was 1963. I was 10 years old. I was in the 5th grade and looking forward to the day. My Mom was taking me downtown, on the bus, for a Dr.’s appointment. I was excited because she had promised me a visit to the lunch counter at FW Woolworths for a chocolate milkshake.

All I can remember is that we were leaving the store to catch our bus home. We came out onto the street and there was a large crowd. All ages, mostly black, children and adults, yelling and screaming and crying. There were lots of policemen with dogs and bullhorns, and firemen with hoses. The hoses were on full blast, the dogs were snapping and snarling, and adults and children were the targets. I was scared and did not know what was going on.

My Mom yanked me back into the store and we exited out another door and the street was calm. We could still hear all the yelling, screaming and the bullhorns manned by the police around the corner.

We caught our bus home. I can’t really remember if we talked about what we had seen.

I know that I will never forget it.

Bob Diccicco sent this note by e-mail several days after this story was posted.

Writing that short little memory stirred up a lot of memories of that time.

When I reread the piece on the site, the line that says >I don’t know if we ever really talked about it< really sticks out at me.

That was my first real encounter with the violence of that time, and I don’t remember talking about that with my Mom.

I do know that the issues of the day were talked about in my house, around the dinner table, frequently, by my parents.*

From their conversations we had an idea of who the good guys were. Martin, Jack, Fred and Bobby.**

And who the bad guys were. George, Bull and Jim Crow.***  I knew who George and Bull were. Wasn’t sure about Jim except that I remember my parents discussing that they didn’t want the 10 of us kids growing up Jim Crow.

I remember the worried look on their faces and the hushed conversations after the church was bombed.

I remember a nun who spoke to our class about the courage of both the parents and the children involved in the Children’s Crusade.

I remember East Lake Park. My brother and I liked to go there and fish in the lake. When the parks and pools were closed rather than integrated, the whole complex became overgrown and weeds were growing in the empty swimming pool.

I think that living in that time left a lasting impression on me that I will always remember.

Thank you for the opportunity to participate.

* Bob reports that his white parents were born and raised in Philadelphia. His Dad worked for WT Grants in retail management. He was transferred from Atlanta to Birmingham in 1959.