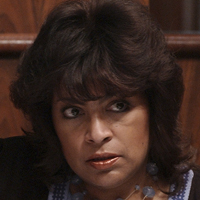 After my father completed his residency program, my parents decided to move the family to Birmingham intending for my father to join my grandfather’s medical practice and ultimately assume it upon my grandfather’s retirement. I was in the third grade when we moved. While in St. Louis, I had heard of the awful treatment of Blacks in the Deep South, particularly Alabama. I remember being horrified at the thought of moving to Birmingham where they hung Black children. END_OF_DOCUMENT_TOKEN_TO_BE_REPLACED