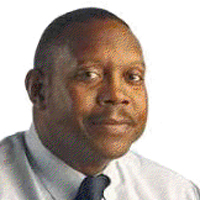 Harold Jackson is the editor of the Philadelphia Inquirer’s editorial page. He became deputy editor of The Inquirer’s editorial page in 2004, after being coordinator of the newspaper’s zoned daily commentary and Sunday Voices pages. Jackson has also been an editorial writer at the Baltimore Sun and the Birmingham (Ala.) News. While at the News, he and two colleagues won the Pulitzer Prize for editorial writing in 1991 for a series on changing Alabama’s tax system. He also worked for United Press International and the Birmingham Post-Herald. Jackson grew up in Birmingham, Alabama. For his 2013 column entitled “The memories of a black child in Birmingham,” click here.

Their venom surprised me because it was so unexpected. I remember wondering how they could hate me when they didn’t even know me. Did whoever was driving the truck really intend to hit me? But just how far hatred can take a person toward depravity became more apparent within a matter of days when Sixteenth Street Baptist Church was bombed on Sept. 15, 1963, killing four little girls. END_OF_DOCUMENT_TOKEN_TO_BE_REPLACED

Shuttlesworth, whom I interviewed years later as a reporter, was head of the Alabama Christian Movement for Human Rights, an organization formed out of necessity after the state banned the NAACP. END_OF_DOCUMENT_TOKEN_TO_BE_REPLACED