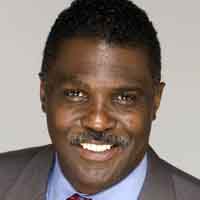 Glenn Ellis, a native of Birmingham, Alabama, is a Health Advocacy Communications Specialist, actively involved in education on health disparities and protection of rights of patients involved in clinical trials.  He is a formally trained Herbalist and Homeopath, providing wellness consultations to a client base that includes celebrities as well as the elderly in communities across the country.

For over 10 years, Ellis has written a weekly syndicated health column. He is a feature writer for Real Health Magazine and The National Medical Association’s Healthy Living magazine. He is a member of the Review Staff of the American Journal of Public Health. He has written two books, Which Doctor? and Information is the Best Medicine.

Ellis is Executive Editor-at-Large for BlackDoctors.com and contributes to BlackAmericaWeb.com and EurWeb.com, reaching millions of readers each week. He is a favorite guest commentator on radio stations around the country, including Philadelphia, Los Angeles, North Carolina, Washington, DC, and Atlanta. He has presented at medical and bioethics conferences in Ukraine, The Netherlands, Germany, Cuba, and Belgium.

Currently, Glenn Ellis is President of Strategies for Well-Being, LLC, a health education and consulting company headquartered in Philadelphia, Pennsylvania.

A bomb exploded before Sunday morning services at the 16th Street Baptist Church in Birmingham, Alabama – a church with a predominantly black congregation that served as a meeting place for civil rights leaders. Four young girls were killed, and many other people injured that day. END_OF_DOCUMENT_TOKEN_TO_BE_REPLACED