A day that left an indelible impression 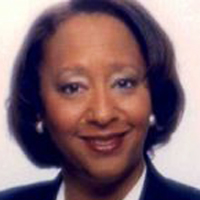 Growing up in a family where most were members of 16th Street Baptist Church I spent a considerable amount of time in attendance even though my mother was Catholic. On the Sunday morning of the 16th Street Baptist Church was bombing, I vividly recall my Aunt Mary Alice Clarke Stollenwerck, the Church organist, and other relatives coming to my grandmother’s house all covered in ashes.

On a Sunday two years later, my mother, Dr. Juanita Clarke, drove my siblings and I to church at Our Lady Queen of the Universe on Center Street at the foot of dynamite hill. The neighborhood had earned that nickname because of multiple hate bombings. My uncle, Fred Calhoun was guiding my mother into a parallel parking space that was a bit tight. He insisted that she wait for him to get out of the car and remove a green box from the space. She responded that it looked empty and that she could maneuver around it. He insisted that she wait for him to remove the box. He got out of the car, picked up the box and set it down on the curb. My mother parked the car and sent us inside to take our seats. Minutes later we were evacuated as the green box contained a bomb. That day bombs were found at churches all over the City.

Shortly afterwards, I remember the FBI paid a visit to our home and interrogated us separately. As an 11-year old I recall the advice and urging from my older brother Chuckie that, “They cannot be trusted, tell them nothing.”

Needless to say it was a day that left an indelible impression, experienced by many kids of the sixties in Birmingham.

Jacquelin Clarke Bell wrote this story for Kids in Birmingham 1963, 50 years after the events.