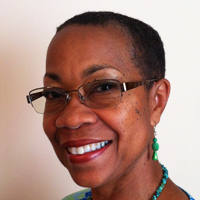 I will never forget the morning of September 15th, 1963. My parents and I were getting ready to go to church when we received the news that Sixteenth Street Baptist Church had been bombed. We immediately tuned in to the radio to find out what happened, and I recall experiencing a mixture of horror, anger, and profound sadness. I could have been one of the girls that was killed. Although I attended a different church, still, it could have been me. . . END_OF_DOCUMENT_TOKEN_TO_BE_REPLACED