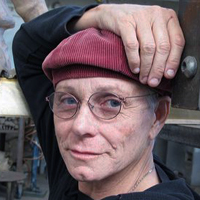 It was time to “come home,” because I had run from Birmingham, as soon as I could. END_OF_DOCUMENT_TOKEN_TO_BE_REPLACED