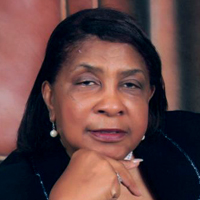 By this time in my heart I knew it was time for a change. My only thought was, when, where, and how. END_OF_DOCUMENT_TOKEN_TO_BE_REPLACED