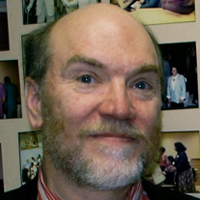 The family of a civil rights worker learns of the bombing of the Sixteenth Street Baptist Church. To learn more about what that time was like for Rand’alls family, see a September 2013 Washington Post article by Lonnae O’Neal Parker, “Piece of 16th Street Baptist Church being donated to Smithsonian.” For information on Randall’s memoir, click here.

Before he started the charcoal grill on the back patio, below the kitchen and dining room windows, Dad turned on the radio. He wanted to get everything ready so we could eat when Mom got back from church.

While the charcoal flamed red and orange, an announcer interrupted the music on the radio. Reports had come in that an explosion had blasted the Sixteenth Street Baptist Church, near downtown. This was the church where many of the civil rights mass meetings had been held during the protest marches in April and May.

By the time Mom came home from church, we knew that four children had been killed and others injured in the bombing. Dad and Mom kept an ear on the radio for any updates.

Mom told us how she heard the news: “I was singing in the choir up in the balcony, when Reverend Duncan came in for the second service. He announced that a terrible thing had happened, that a church down in Birmingham had been bombed. Details weren’t available, but it was fairly certain that deaths were involved. Reverend Duncan never once offered a prayer for the situation, but went on with his sermon as usual. I just wanted to get back home.  But I had to stay with the choir.”

Instead of a joyous late-summer cookout on the rear patio, lunch became solemn. My parents were personal friends of Reverend John Cross, minister of the bombed church. They looked depressed, angry, confused. Even Susie and Paul looked sad and afraid. We fought back tears. I felt hollow inside. Just when things seemed to be getting better in Birmingham …

Early that afternoon, Dad talked with several white ministers on the phone. He told them that as clergymen they should speak out about a church bombing in the community. They needed to condemn this kind of violence, to express sympathy and concern for the victims. In one form or another, each of the white ministers said that’s really not my responsibility, that’s something for the black people to deal with themselves.  They refused to get involved.

Before long my parents drove over Red Mountain into Birmingham. Civil rights people were gathering at the home of John Drew, a black insurance man with whom Dr. Martin Luther King, Jr. often stayed when he was in Birmingham. They discussed how to respond to this tragedy, and whether to ask President Kennedy to send troops to Birmingham. At some point Dad drove over to the bombing site. From the street he picked up several pieces of shattered stained glass as evidence of the crime.

These pieces of colored glass and lead later became fixtures on our family dining room hutch. In 2002 my mother donated part of the glass to the Birmingham Civil Rights Institute, where it is on display. In September 2013, a few days before the fiftieth anniversary of the bombing, my brothers, sisters, and I will donate the remaining pieces of glass to the new National Museum of African-American History and Culture.

This is an excerpt from Shattered Glass in Birmingham: My Family’s Fight for Civil Rights, 1961-1964,  LSU Press, 2014, published at Kids in Birmingham 1963 with permission from the author. For book information, click here.