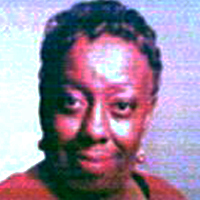 Deborah Davis Dent recalls the night in 1963 when her mother and grandmother helped some famous men to safety.

One day in 1963 that stands out for me is when Dr. Martin Luther King, Dr. Ralph Abernathy, James Farmer, and Rev. Abraham Woods came through our home so that they could get back down to St. Joseph Baptist Church without being seen in the area. This was one of the nights that Attorney Arthur Shores’ home was bombed. They were in the neighborhood trying to make sure that Attorney Shores and his family were okay. The police also heard that Dr. King was in the area, and if they had caught him that night, they would have put him in jail. I was only 9 years old, and the most amazing night of my life was to see my mother and grandmother helping these famous men to safety.

In September 2013, Deborah Davis Dent shared her story with Kids in Birmingham 1963.