How isolated we were 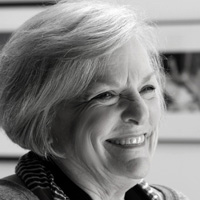 A white girl knew little of what was really going on in 1963.

I lived over the mountain in Homewood. I never realized until recently how isolated we were back then. The day of the bombing of Sixteenth Street Baptist Church, I remember that some of my friends and I had planned to go to the downtown library after church to work on a term paper we had put off. I guess we saw the news on TV and of course our mothers would not let us go downtown.

I recently saw “4 Little Girls” by Spike Lee at our church, Independent Presbyterian Church. There was so much that I never knew. We only saw what the Birmingham News chose to print which as I recall wasn’t much and the little news we saw on TV. Growing up in Crestwood as a young girl I lived just about 3 blocks from Bull Connor’s home and had no idea what an evil man he would become.

After graduation from Auburn University I taught in an all-black school in Columbus, Georgia. My roommate and I, along with a girl from Miami, integrated their faculty. I will never forget the acceptance and help from the faculty that year. That may have been the year I became a liberal!!!! I don’t think of myself as a rebel for accepting that teaching position, just a graduate that needed a job and thankfully I was willing to take the step.

I think our city has come a long way but I think there is still so much prejudice that is more cleverly hidden these days. As the Peace Pole says at the Sixteenth Street Baptist Church says, “May Peace Prevail on Earth.” Indeed.

In September 2013, Virginia Jones wrote this story for Kids in Birmingham 1963, where it is used with her permission. Her photoblog entries for mid-September 2013 document events to commemorate the church bombing.